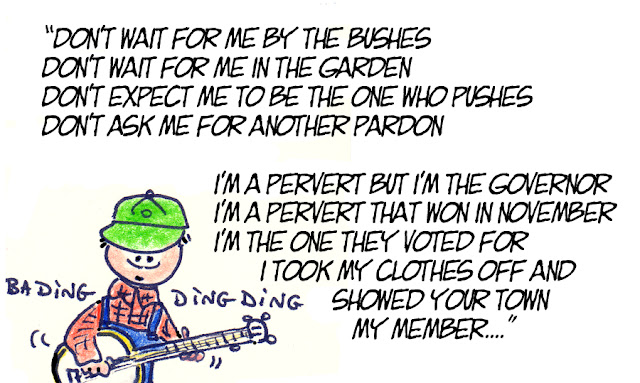 Really, not a good idea. But Farmer Butt has two parts of the song down and there will probably be more. Who knows?


I'm a pervert but I'm still your governor
I'm the pervert they elected in November
I'm the one all the uninformed people voted for
I'm the guy who puts naughty things into a working blen...der..."
- May 24, 2011
Email ThisBlogThis!Share to TwitterShare to FacebookShare to Pinterest
Labels: Abbott and Gooseberry, Art, Comedy, Comic Strip, Comics, Commentary, Daily Comic Strip, Drawing, Fun, Funny, Humor, Illustration, Musings, Personal