We Love Banana Bread Around Here 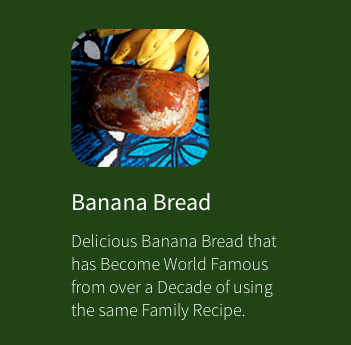 
The Twin Falls stand, marked by a brightly painted sign shaped like a surfboard, is the first major pull-over on the Road to Hana, a popular 64-mile route famed for twisting roads, secluded black-sand beaches and banana bread stands.

The bread made by the Harold sisters is consistently named one of the best.
The loaves, which sell for $6, are moist and sweet, with sizeable chunks of banana. “We bring it to the stand hot at 09:00, and by 12:00 they’re all gone.” Harold says some customers bring a stick of butter with them to spread on the bread, and loaves are often consumed in the car park straight from the bag. “They will open it up and start taking big chunks and passing it around.”

But since 18 March, Harold, 43, and her sister, 34, have halted their baking routine because they don’t have customers. Travel to Hawaii is almost impossible due to the coronavirus. The state’s governor has asked tourists to stay away for now, and all arriving visitors and residents are subject to a mandatory 14-day quarantine at their own expense. In addition, the Road to Hana is closed to all but residents.


I had a comic that detailed how Abbott was often arrested for Driving While Under the Influence of Banana Bread, but I think I'll have to recreate it at some point.
- April 21, 2020
Email ThisBlogThis!Share to TwitterShare to FacebookShare to Pinterest
Labels: Culture, Life, News, Society